Farmcraft Boonah has taken out the Queensland Business Partner of the Year Award, announced at the CRT National Conference in Brisbane on Saturday.

The annual awards held extra weight this year, as one of Australia’s leading rural merchandise retailers celebrates 50 years of operation.

Farmcraft Boonah received the maximum score for both external and internal store branding and presentation and was recognised for providing the highest standard of technical advice and support to clients. 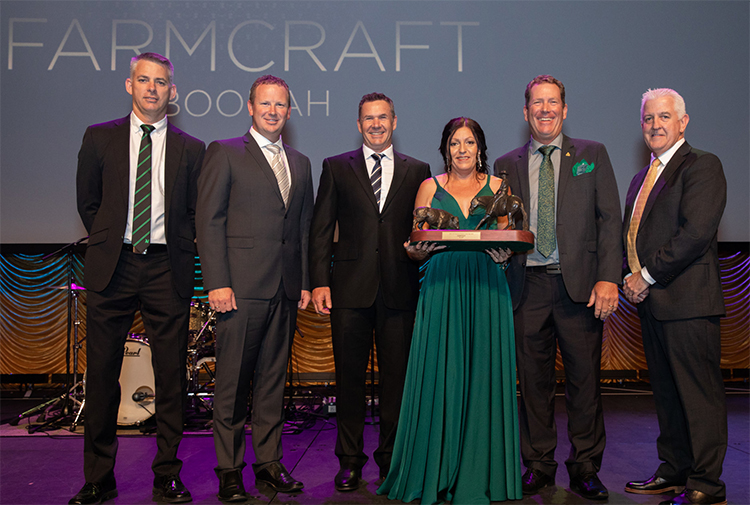 “Farmcraft Boonah has set a new standard in CRT store branding and the entire team should be incredibly proud of this achievement,” Mr Collings said.

“As with most CRT businesses around the country this business works extremely closely with their local community. There is probably not an event or activity in the town or the rural community that Farmcraft Boonah isn’t actively involved in or supporting in some way.”

Mr Collings said Farmcraft Boonah should be proud to claim the award. “This store has consistently delivered the highest levels of client satisfaction by continually providing some of the best specialist advice throughout the region,” he said.

“When you look at the team they have put together, their commitment to customer service and standing within the community, it's easy to understand why they have won.”

Farmcraft Principal, Alistair Ross said he and the team were extremely proud of their achievement.

“The team were over the moon when we found out,” Mr Ross said. “We pride ourselves on what we do and have a terrific customer base. There are a lot of great CRT businesses in Queensland, so it’s very humbling to have won.”

“This member has been a part of the CRT group for more than 20 years and has been one of the greatest advocates for CRT in Queensland,” he said.

“Alistair has developed very strong relationships with many members and is always prepared to go out of his way to help any other members at any time. He always wears a smile and has strong words of encouragement.”